First of all, I would like to thank my mentor, Director Brillante Mendoza, for giving me the rare opportunity of joining him at the San Sebastian Film Festival in Spain. Our film “Alpha: The Right to Kill” took part in the main competition of this festival. The film is Director Brillante’s first time in this festival, and like his past films that were able to join other highly acclaimed film festivals, it has garnered attention and great appreciation from the viewers. The San Sebastian Film Festival ran from September 21 to September 29. 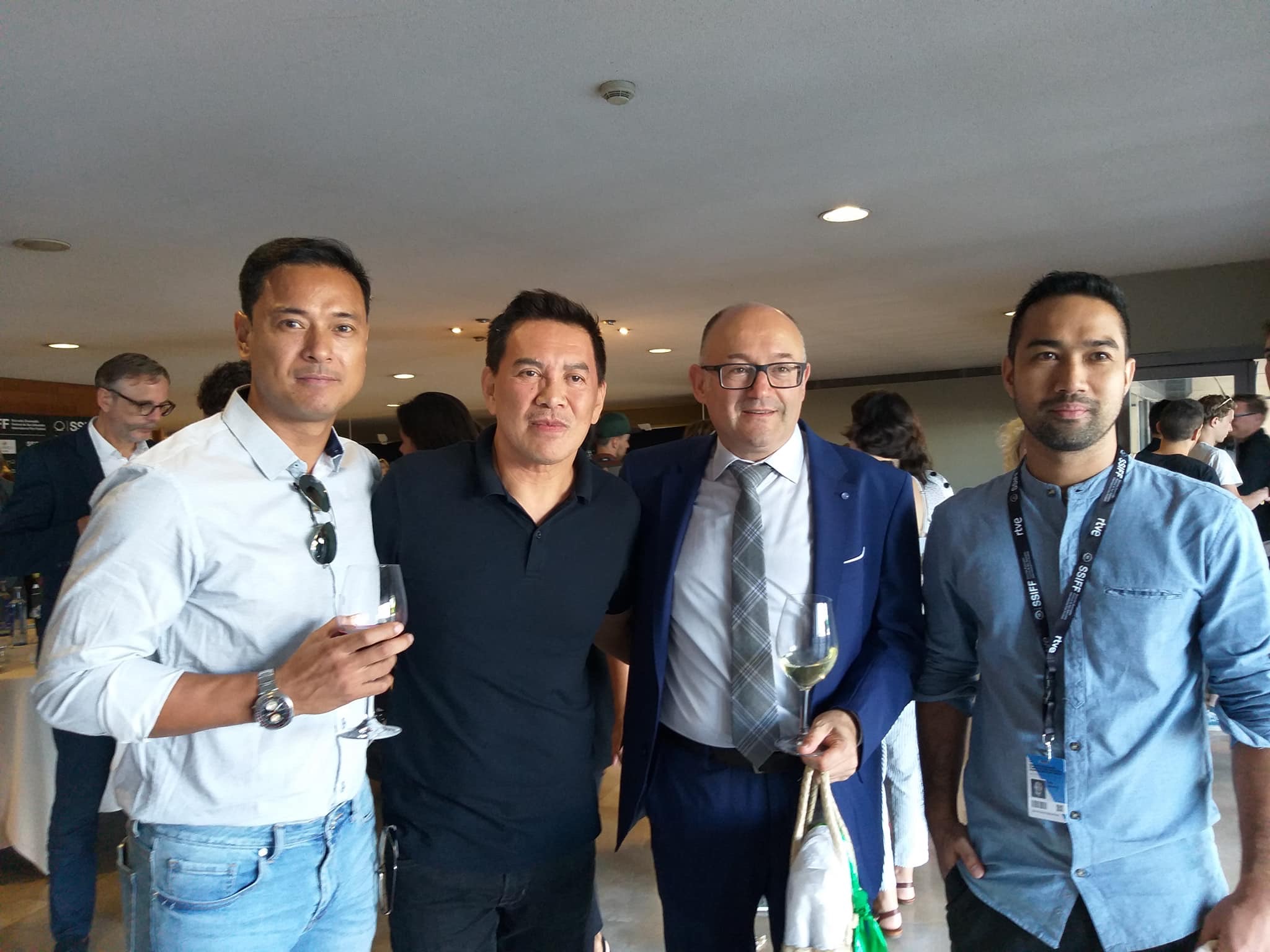 I still cannot believe that I got to experience what I did in Spain and I do not know how to rightfully express my feelings until now.

Our film won the Special Jury Prize Award, which is the second most important award at the San Sebastian Film Festival.

I would like to thank my mentor Brillante Mendoza for letting me accept the Special Jury Award on his behalf. I was very nervous and anxious, but I was able to get through it. Good thing I had notes with me so I was able to say everything I needed to say.

I probably looked disheveled, but it is okay. It is like that when you are nervous while carrying the flag of your country. It was a great honor to have this experience because it is not easy to enter big film festivals such as this one. We dedicate this film to all the Filipinos and our country, the Philippines. Thank you for letting us tell a great story. I would also like to thank Armando Bing Lao for his guidance through the Found Story School of Filmmaking. Thank you to Center Stage Productions and the whole production staff and cast. This is the fruit of our labor. I will never forget this special day as we give recognition to the Philippines. We will continue to celebrate the hundred years of Philippine cinema.

Here’s my video blog, hope you like it…hate it..whatever you want

and Here’s full video of my speech

Thank You San Sebastian
Until we meet again..

While I’m off to Busan, then Tokyo, then Cairo…and Singapore. See you whenever!

I will be here in Busan Asian Film School from March to October 2019. See you soon!