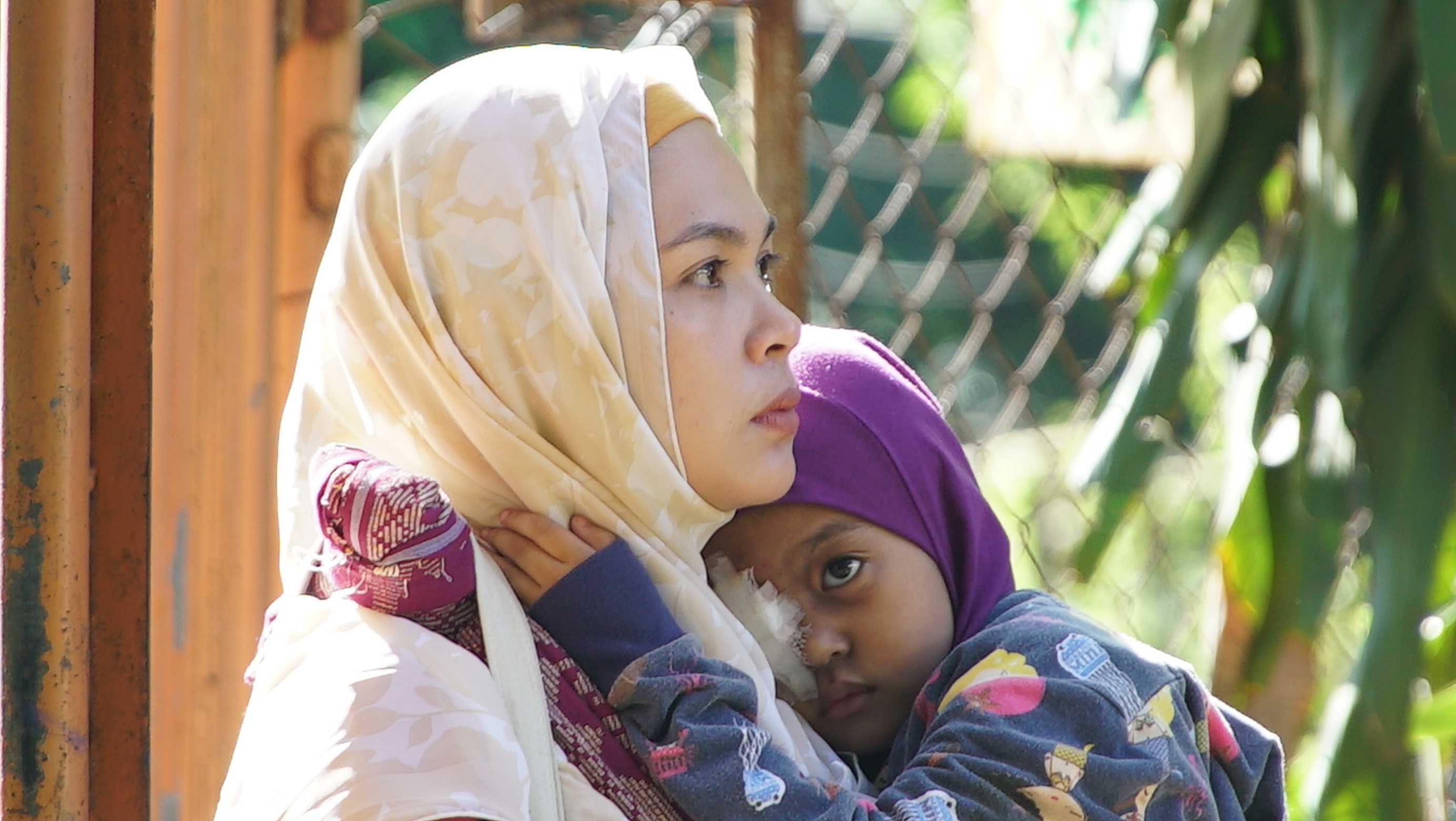 SAIMA spends the final days of her sickly daughter AISA at the House of Hope in Davao City while waiting for her husband MALANG, a combat medic, to come back home from an offensive operation in the province of Maguindanao. Saima witnesses how other patients have triumphed over cancer while some did not. Malang witnesses how death awaits on the battlefield as he tries to save the wounded soldiers…some survived, some did not.

Saima mirrors the harrowing life in Mindanao by retelling the epic tale of Rajah and Sulayman to Aisa – a story of two warrior brothers who fight against the dragons, Ginto and Pula. The crayon images of the tale interweaves the battle realms of Malang and of Aisa. Despite the bleak circumstances, Saima remains hopeful that both daughter and husband escape the impending death.

One thought on “Mindanao, a film by Brillante Mendoza”